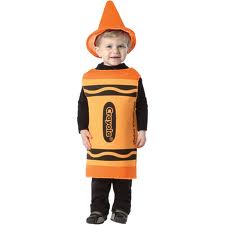 Besides being a punchline to a child’s’ knock-knock joke (‘ORANGE you glad I didn’t say banana?’)  and knowing there is no word that rhymes with it, The Refreshed Home asks-what do we really know about “ORANGE”?

YES!  The series Coloring Your World is back-some history, psychology and tidbits about the colors that surround us.

Orange is a secondary color, what happens when the primary colors red and yellow are mixed.  It lies in between the two, on the color wheel, on the light spectrum, and IMO on the emotional spectrum as well.

Orange is bouncier than yellow, but not as intense as red.  It’s yellow’s cheerfulness, but not quite as light-hearted. Substantive like red, but not as edgy. Not as innocent as yellow, or as sexy as red.

Orange is joy and excitement. It is fun times and adventure. It’s heat and warmth,  it’s amusement and life.

High energy, after red and blue it’s the most popular color used on MLB uniforms.

It has strong spiritual meaning, representing transformation to Hindus, and illumination, the highest level of perfection to Buddhists.

The fruit was first known as naranga in Sanskrit, and the color orange was simply referred to as yellow-red, until the early 1500s.

In the late 15th C. Spanish and Portuguese merchants brought these fruit trees to Europe from Asia. They later flourished in special greenhouses called orangeries.

Impressionistic painters became big fans of orange/ochre/saffron family.  As shown in Monets’ Haystacks at left, the blues they were all so fond of were crisper, blue-er when shown against orange tones.

Orange and blue are called complementary colors: opposites on the color wheel, they contrast and bring out the best in each other. Tangerine Tango was Pantone’s 2012 Color of the Year...although I think a lot of people were done with it by February.

Highly visible, orange is a good choice for safety, to be seen and be found. It’s worn by athletes and astronauts, and often prisoners in jail.  Used for traffic cones and construction signs, also the real color of an airplanes’ “black box”.  One reason the Golden Gate Bridge is painted that vivid “international orange” is to be more visible in fog.

Buddha wore orange to signify his signing off on his old life and his commitment to being a monk. It is the national color of the Netherlands> why the official flag of NYC has an orange stripe, a nod to the Dutch settlers.

Now-ORANGE you glad you know more about this color?!